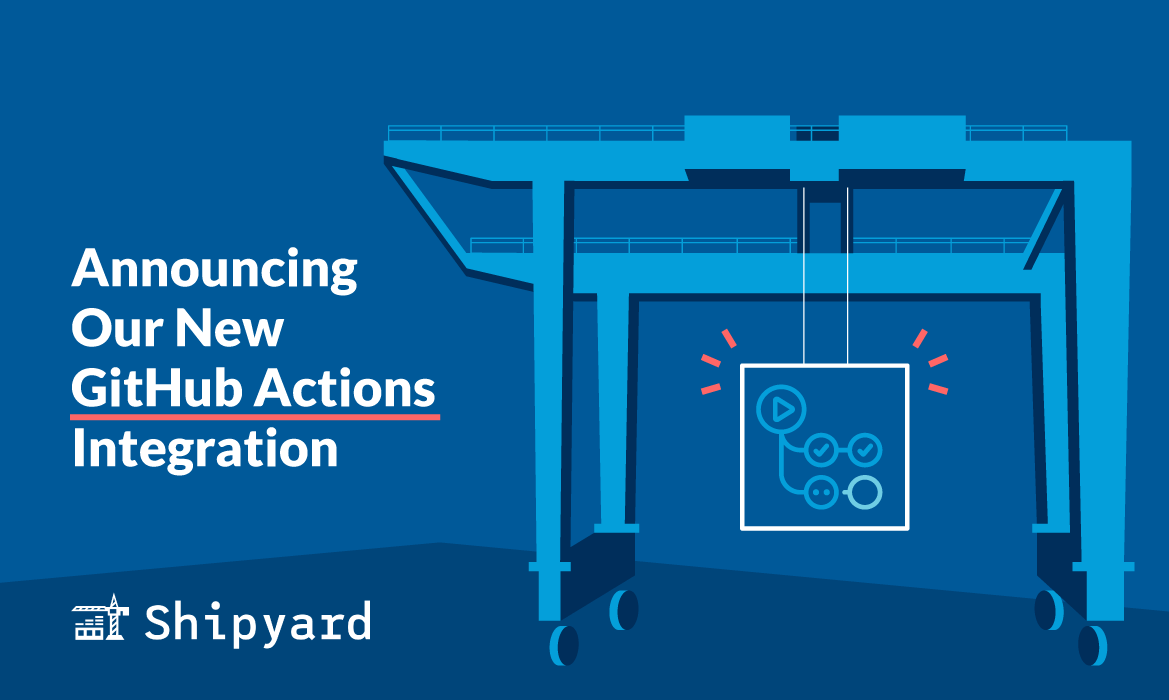 Previously if you wanted to use GitHub Actions with Shipyard, you’d have to connect directly to Shipyard via our API using your own bespoke script.

The Shipyard GitHub Action connects to Shipyard, requests the URL for an environment specified by hash, and gives you the bypass token you need to circumvent the SSO OAuth provided by Shipyard. Of course the Action also lets you know when the environment is fully built and ready to be used by your CI test runner.

Once you have the appropriate bypass token and environment URL this can be passed to other actions in your workflows. Now you can run your full test suite on every pull request! This is the same functionality accessible through our CircleCI orb and is commonly used for our customers who perform end-to-end testing with tools like Cypress, Playwright, or Selenium.

Shipyard’s GitHub Action can be implemented and used in two simple steps.

Read more about the configurations and outputs here.

GitHub has a catalog of workflows that are recommended based on the code in your repository. You can learn more about GitHub Actions workflows in our documentation. For any questions or suggestions, join the discussion here.