1976 in your stack? It’s likelier than you think 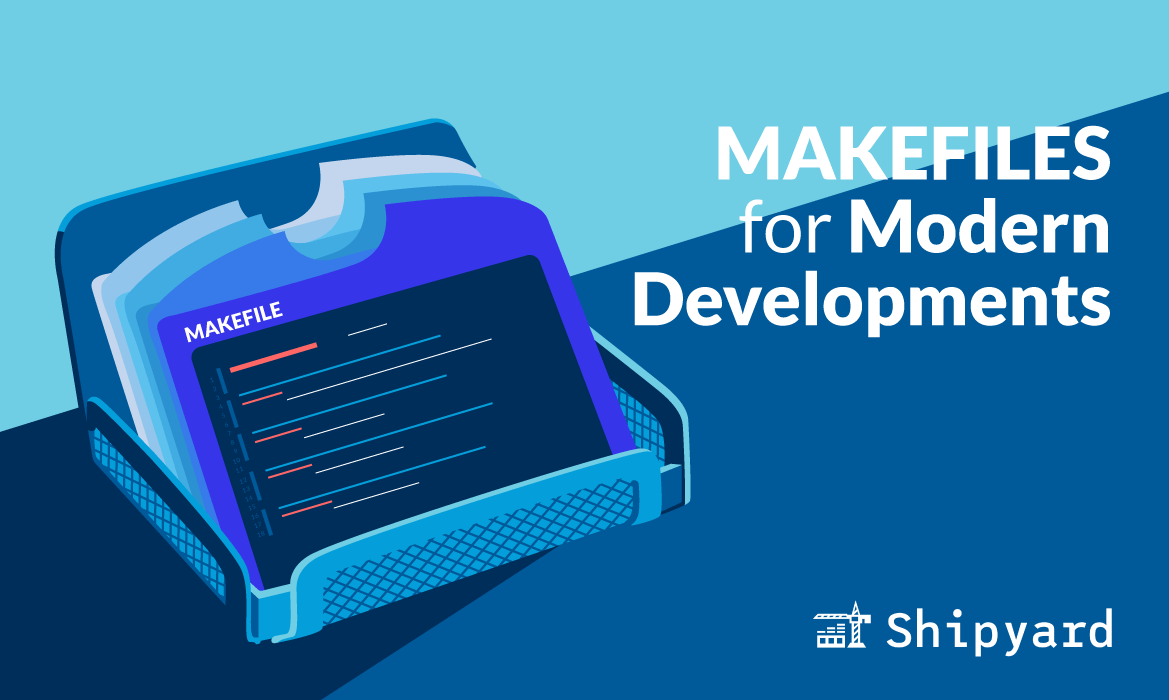 Shipyard’s role in the software development lifecycle is squarely in the “post-commit” portion. In other words, our work starts the second you push a commit.

What happens “pre-commit” matters, though. That’s the space in which the engineer does their work. So having local workflows line up all of your integrations is very worthwhile, but can be a pain to set up. That’s why we’ve released starter repos as starting points for developers making new apps.

Today, we’ll focus on one of the key pieces of the starter repo: the Makefile.

Languages usually have their own task runners, often embedded in the language’s package manager (e.g. npm for node, poetry for Python). If you use those programs to run the development workflows, though, that means you’ll need to learn a new tool for each language with which you interact.

Using Makefiles as an abstraction above any language-specific tooling allows for easy upgrading of that tooling, without having to teach your team how to use a new CLI. This way, they can just keep running the same Make commands they’re used to.

A more subtle benefit is that Makefiles serve as documentation for the workflows and actions needed for any project.

Finally, Makefiles have been in use since 1976, so they’re as battle-tested as can be.

Let’s take a look at the actual Makefile for our repo, section by section.

These are the core functions that developers will be running over and over:

We can combine each of those actions to form the main command that developers will run over and over:

The oldies are great

Makefiles may have been invented over 40 years ago, but that doesn’t make them any less fit for the job. Using Make as the interface for project workflows allows for ease of knowledge sharing, quick onboarding of new developers, and straightforward refactoring use of other CLI tools.

And if you containerize your projects, onboarding engineers into a new project in any language just becomes:

So grab one of the starter repos and starting building that new app you’ve been thinking about. And of course, the starter projects are all Shipyard-ready, so start your trial and deploy your project as an ephemeral environment today!